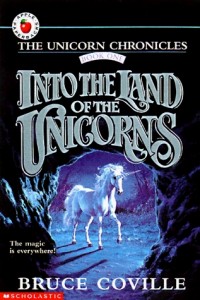 Into the Land of the Unicorns was one of my favourite books when I was younger.  And having reread it today, it still stands up as one of my favourites.  The writing is fantastic, the story is excellent, I love the characters, and I just really like the land of Luster (especially the history of how the unicorns came to be there instead of on Earth).  I'm glad I reread it and I'm looking forward to reading the remaining three books (especially 3 and 4 which I've never read!)
Posted by Shauna at 1:29 AM