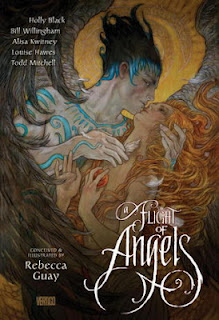 As I said, most of the stories were alright.  But the artwork was fantastic.  So if your main interest is the art in a graphic novel, this one's for you.
Posted by Shauna at 12:58 AM