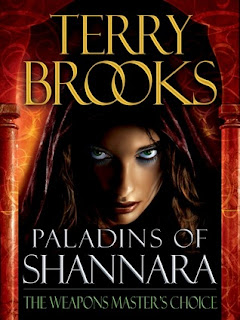 Today was a nice and lazy day which I spent reading more short stories on my Kindle. This time I read "Paladins of Shannara: the Weapon Master's Choice," "Fable: Theresa," and "The Keeper: a Short Story Prequel to Forbidden." The first two were stories I had been saving for some reason...(I think in the case of "Fable: Theresa," I was planning on playing through the original Fable game before reading it, but never did finish it). Like with After Life, I have no memory of "The Keeper" but that's ok, I read it anyway.

"The Weapon Master's Choice" was obviously a story about Garet Jax. A lady seeks him out, asking for his help saving her people from a warlock. The warlock is a dracul, draining the souls from her people. Jax agrees to help, and finds himself unexpectedly falling in love with the lady. It was an enjoyable story from one of my favourite authors. 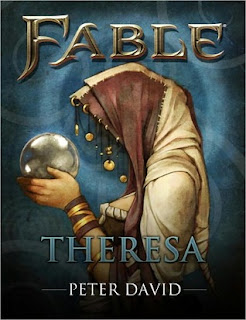 I think "Fable: Theresa" was my favourite story of the three. The blind seer arrives in a town to find a young girl who is being overwhelmed by her dreams. Theresa knows the girl hasn't much time left. So she sets off on a quest to save the girl, seeking out the only person who may be able to help: the warlock named Raven. She needs the help of a Hero to get her there. Since time is short, the only one around is Elijah Stane, a washed up old Hero who is drinking his days away. He failed his last charge and so is reluctant to help anyone else, but reluctantly agrees to help the blind seer (because she is determined to go on her quest with or without his help). Theresa knows that they seek a miracle, and that even if such a thing exists, it will come with a price; will she be willing to pay it? I loved this story, but then again I'm a fan of Peter David's Fable stories so this wasn't at all surprising. 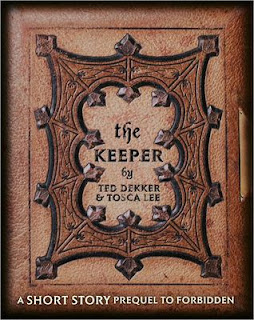 Of these three stories, "The Keeper" was my least favourite. But it is, as advertised, a prequel story. But more importantly, it's a prequel story to Forbidden, which I know nothing at all about. Two hermit brothers are approached by an unfamiliar man. He tells them that they and the world are dead, but that he can help them live again. I think he meant that they were emotionally dead, but it wasn't super clear until the end. This was by no means a favourite but it was interesting enough. Unfortunately it didn't make me want to keep reading the series right now.

Oh yeah, and yesterday I also read "The Boy With the Silver Eyes" by Bruce Coville. That takes place in his Unicorn universe. A Hunter makes his son eat the flesh of the Unicorn he had killed, which changes his son forever. The son's heart is restless and seeks some unknown thing. So he journeys out, finding the songs of Earth, Fire, Water, and Air in the hopes of finally putting his heart at ease.
Posted by Shauna at 8:11 PM