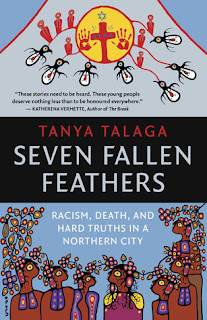 I think Seven Fallen Feathers is an important read, both for people living in Thunder Bay and for Canada as a whole.  There are some major problems with the way things are and all Canadians need to work towards a more fair and better future for everyone.
Posted by Shauna at 8:17 PM