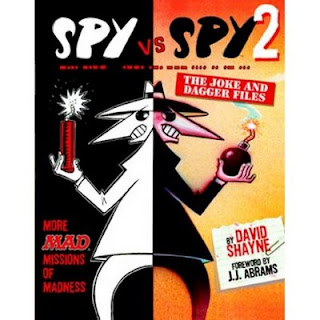 But that doesn't mean that it's not worth reading. Spy vs Spy 2 was full of hilarity, as well as some interesting articles by the various authors and illustrators of the comic. I really enjoyed this volume, and am going to look for the first volume (which has all of the strips by Spy creator Antonio Prohias!)
Posted by Shauna at 11:08 AM