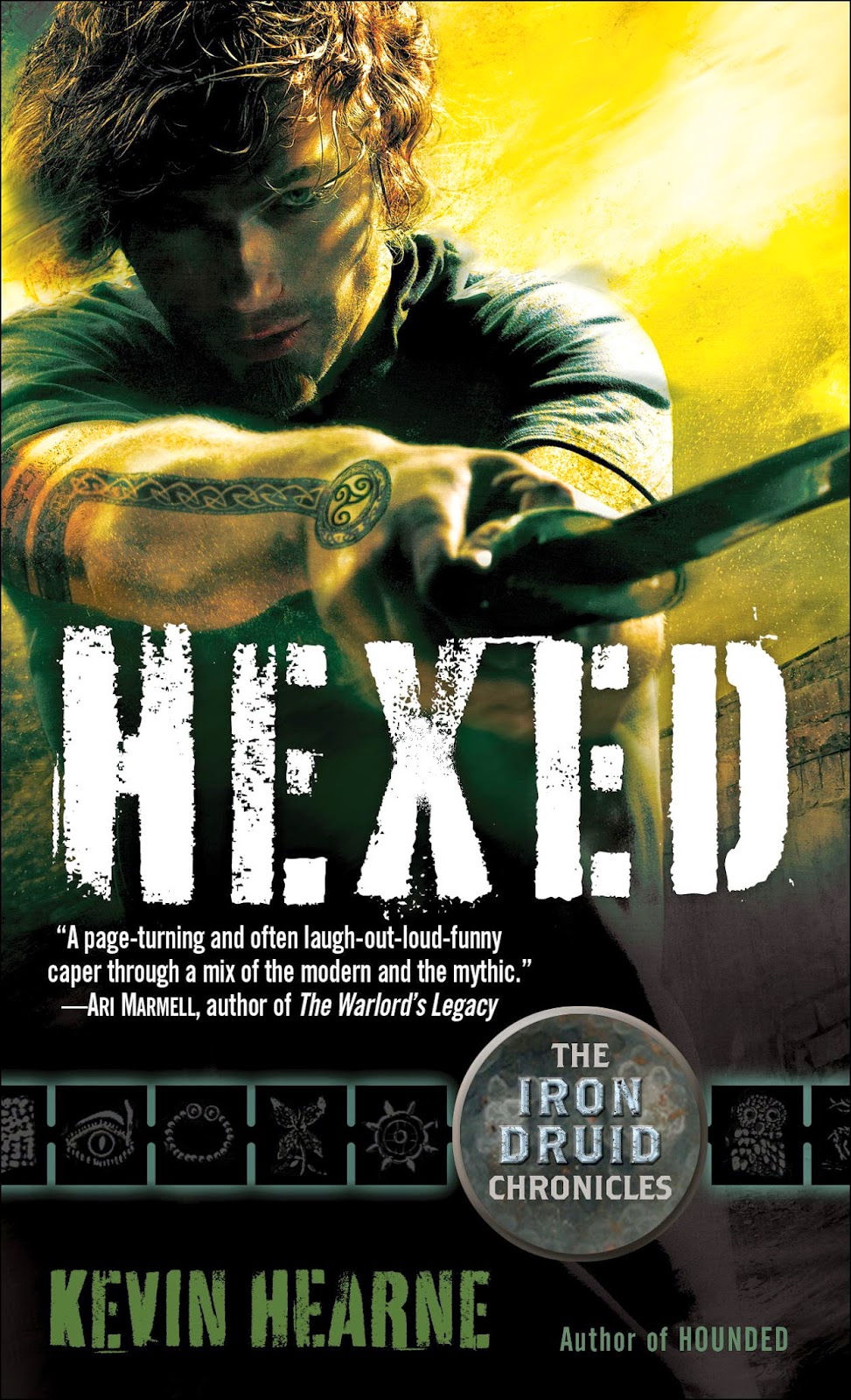 I've had Hexed out from the library for a few weeks now.  I planned on reading it sooner than this, but got distracted.  But then someone put the book on hold, so I made a point of reading it before it was due back!

Hexed takes place a few weeks after Hounded.  Atticus has been working with the remaining witches, led by Malina Sokolowski, trying to create a non-aggression treaty that both parties will be happy with.  He's also been trying to deal with the demons that got away when Aenghus Og opened the portal from Hell.

But when he and the remaining witches are targeted by a powerful hex, Atticus goes looking for answers.  Another coven of witches, die Tochter des dritten Hauses (aka the hexen) are looking to move into the territory now that half of Malina's coven was killed during the fight with Aenghus Og.  Their powerful hex managed to catch one of Malina's coven unawares, killing her; Malina and the remaining witches are now stuck in their homes, unable to come outside of their protections.  That wouldn't be so bad except that they'll be unable to drive off a group of Bacchants who are also on their way, or help Atticus fight off a fallen angel at Coyote's behest.  Plus the werewolves can't help him as per their Alpha's instructions (he doesn't want to lose any more members of his pack after helping fight Aenghus Og), and the vampire is upset because Atticus won't help him kill Thor.  So Atticus has his hands full!

Hexed was just as much fun as Hounded.  I can't wait to get my hands on Hammered!
Posted by Shauna at 12:05 AM