The Demon Barker of Wheat Street 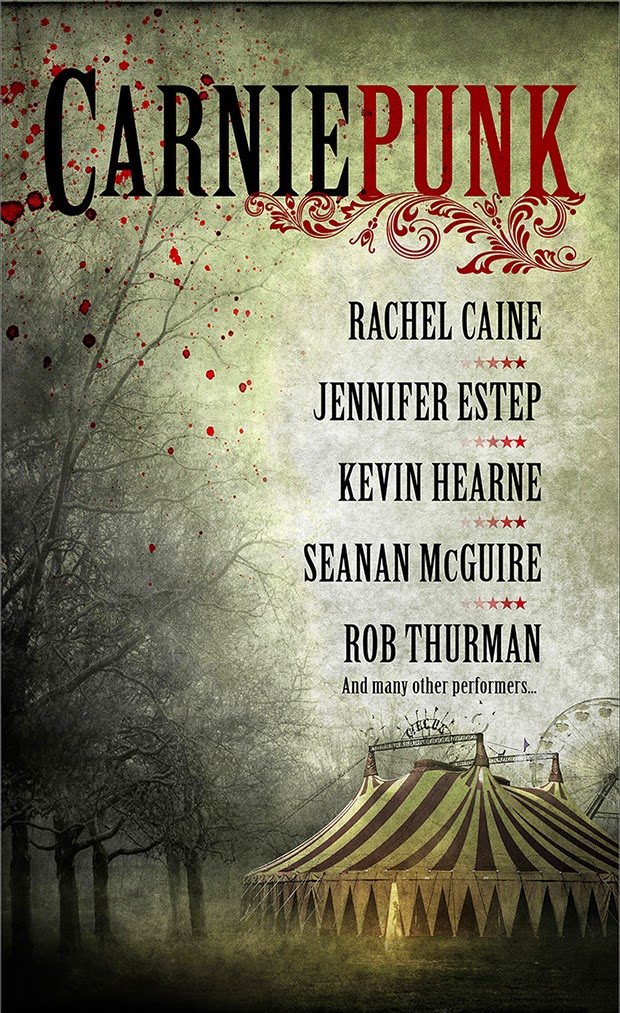 "The Demon Barker of Wheat Street" takes place a couple of weeks after "Two Ravens and One Crow."  Even though Granuaile has faked her death, she wanted to see how her mother was dealing with things.  So Atticus, Oberon, and Granuaile find themselves in Kansas.  While there, they attend a local wheat festival which includes a carnival.  Seeing a large crowd gathering by a dwarf on stilts who is selling people on his freak show, they get curious and head in.  But the freak show isn't at all what it seems - and Atticus has his hands full saving his hound, his apprentice, and the many innocent victims of this ghoulish attraction.

I absolutely loved "The Demon Barker of Wheat Street."  This story alone was well worth what I payed for Carniepunk!
Posted by Shauna at 7:54 PM

Maybe one day I'll read the rest of Carniepunk and find other fun stories, too!