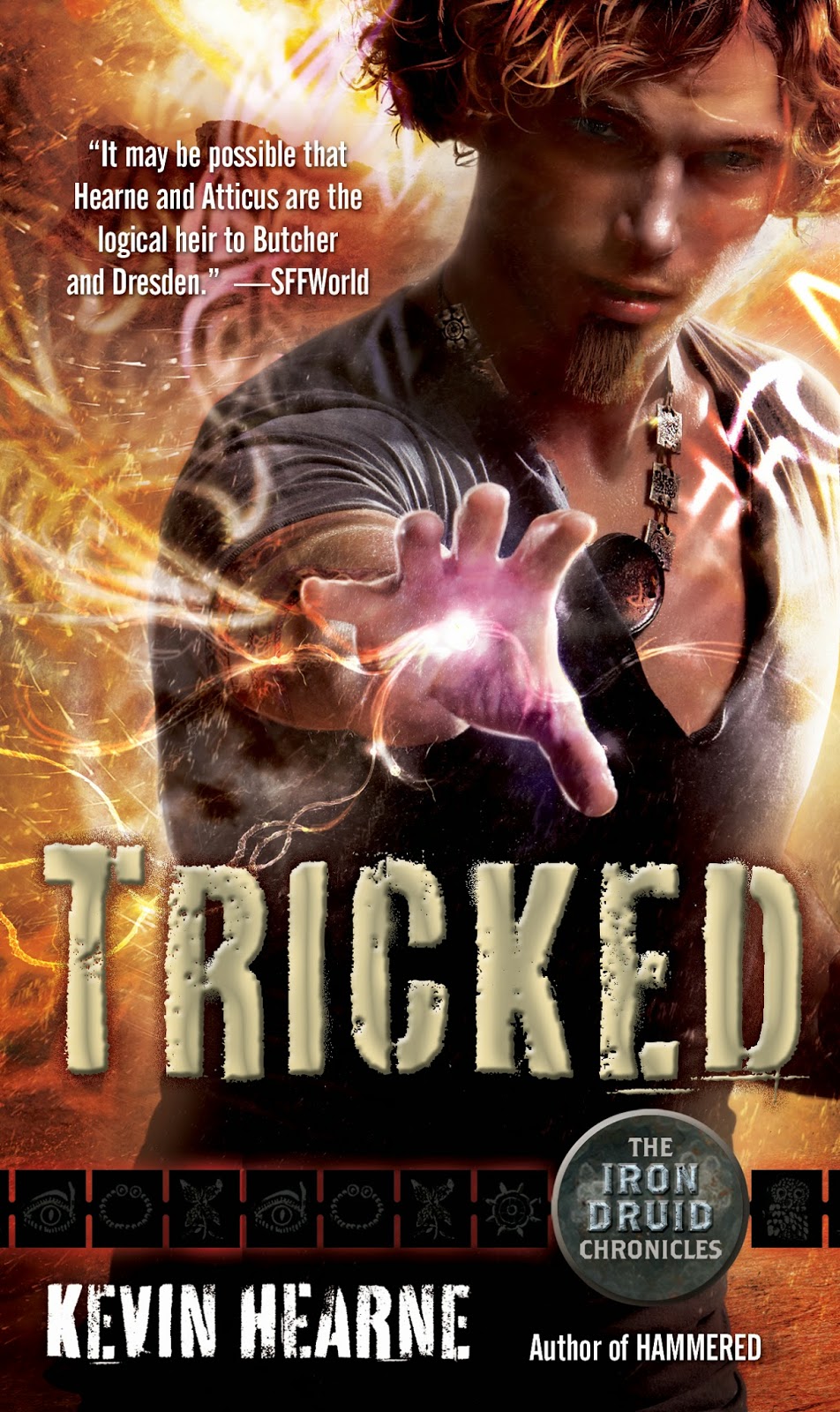 Last night I finished reading Tricked, the fourth book in Kevin Hearne's Iron Druid Chronicles.  Tricked was a bit different from the previous books because Atticus, Oberon, and Granuaile have left Tempe, Arizona.  Atticus bargained with Coyote; Coyote would shapeshift into the druid and die convincingly (to trick the Norse and other gods into thinking Atticus is dead), and Atticus would help Coyote out with a project.

The project sounds pretty straightforward: convince the earth to move some gold into Navajo territory.  But Coyote neglects to mention that his gold mine is in skinwalker territory; Coyote wants Atticus to help deal with them as well.  Meanwhile, Atticus checks in with his werewolf lawyers.  They tell him that politics have changed in the (local) vampire realm.  So Atticus arranges to meet with Leif to see how the vampire is doing after almost dying in Valhalla (and to find out what's going on with the vampire politics).  There's trickery and betrayal all over the place in this fourth installment in the Iron Druid Chronicles!

A friend warned me that Tricked wasn't as good because there aren't many of the characters from the first three books in it.  But I still enjoyed it all the same.  I'm looking forward to reading "Two Ravens and One Crow," as well as the fifth book, Trapped, soon!
Posted by Shauna at 4:52 PM