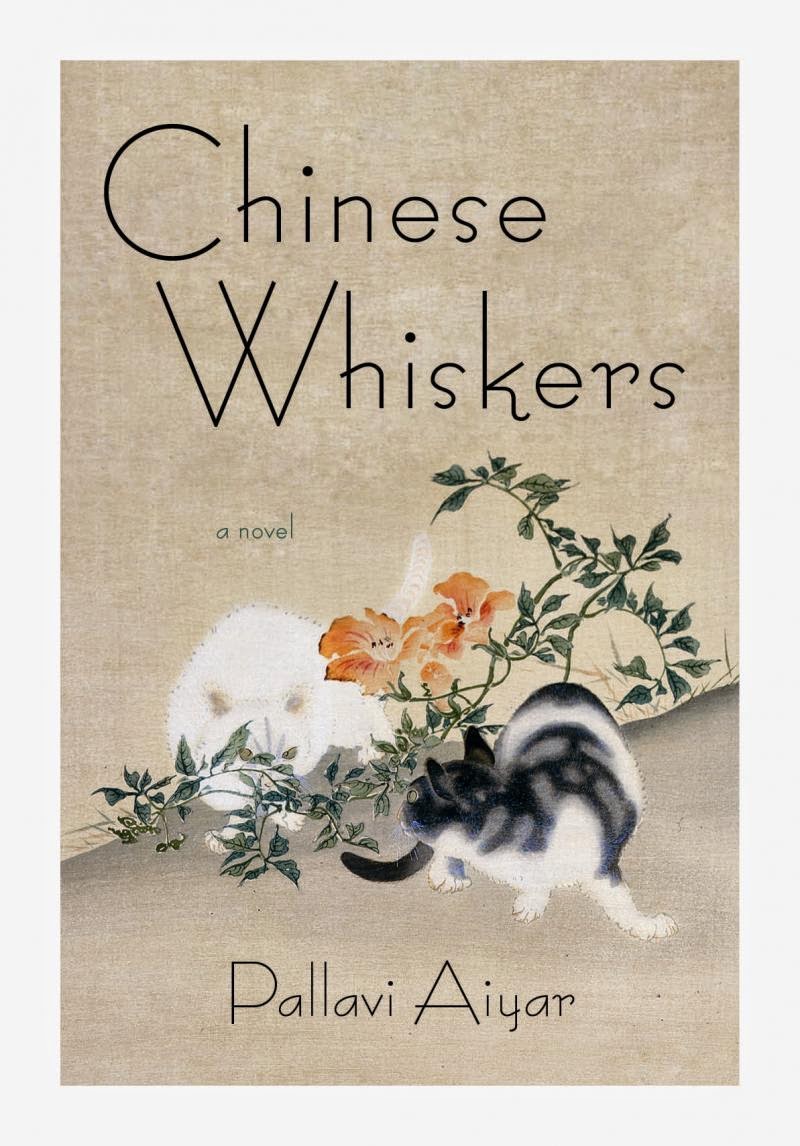 I spied Pallavi Aiyar's Chinese Whiskers last year at work when it was on the new book shelf.  I marked it as something I wanted to read, but then forgot about it in my rush of reading other books.  But after my cat passed away last week, I was in the mood for a cute cat story. And luckily Chinese Whiskers didn't disappoint!

Chinese Whiskers is the story of two cats, Tofu and Soyabean.  They come from very different backgrounds: Tofu was a dustbin cat, the middle of five kittens; Soyabean was the spoiled only child of a rich cat.  But both are adopted by a foreign couple and end up the best of friends, growing from kittens to adulthood in one of Beijing's hutongs.  Soyabean and Tofu couldn't be more different: the male Soyabean is a friendly cat who loves to eat; Tofu is a small female who takes a long time to trust anyone and anything.

A chance remark lands Soyabean as the star of a cat food commercial.  But his stardom comes at a bad time: this is when the SARS outbreak was being blamed on cats.  And then Tofu gets locked out of the house and kidnapped by someone who has been murdering pets.  Luckily her older brother, a tough alley cat from the Ghost Street Gang, saw and tells her to escape; he tells her he'll find her no matter what happens!

Meanwhile, Soyabean blames himself for Tofu's disappearance.  If he hadn't been watching his commercial instead of watching out for her, perhaps none of this would have happened!  But while he is moping around the house, he discovers that the people he is modelling for have been poisoning the cat food he's been helping to sell.  Unfortunately he finds himself at a loss when he is unable to communicate this to his owner.  But once Tofu makes it back home, the two hatch a plan to reveal that the food is poisoned to the humans.  It'll take all of Soyabean's talents at acting and more than a little bit of luck to pull off.

Chinese Whiskers was a really cute story.  These two cats reminded me of my two (except that Soyabean and Tofu actually got along).  My one complaint is that the book seemed to wrap itself up about a chapter before it actually ended.  If not for that, I would have given it five stars on Goodreads, instead of the four I ended up giving.
Posted by Shauna at 10:48 PM