The Elves of Cintra 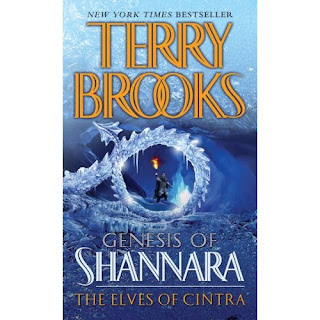 Yes, I know. I read this book in just over 24 hours. I started reading The Elves of Cintra almost right after I finished Armageddon's Children at just before midnight last night. And I finished it about two minutes ago.
The Elves of Cintra picks up right where Armageddon's Children left off. Logan Tom has found the Gypsy Morph, but almost immediately lost him. Yet there is no time to worry about it right now; an army of demons and once men have appeared and are attacking the city. Logan has to fight his way free and help the Morph's family get away as well.
But as the title of the book suggests, most of its story is more concerned with Angel Perez, charged with helping the Elves save the Ellcrys. She has joined forces with a couple of Elves while the rest of the Elven nation tries to thwart their efforts by order of their King. With no one to turn to for help, and hunted by demons, they set out on their own to find the mysterious talisman that will save the Elven nation from destruction by the demons.
The Elves of Cintra continues the masterfully told blending of two of Terry Brooks' epic series. I cannot wait to see how everything ends with The Gypsy Morph!
Posted by Shauna at 12:41 AM