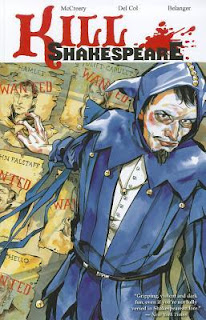 I really, really enjoyed both volumes of Kill Shakespeare. This is an interesting story, pitting heroes and villains from all of Shakespeare's plays against one another.
Posted by Shauna at 1:49 AM