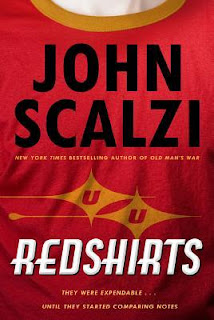 Red Shirts was a pretty fun read.  It was super predictable, particularly through the main narrative (not so much the three codas at the end of the book), but that didn't really take away from its charm.
Posted by Shauna at 11:21 PM