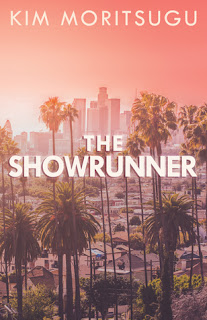 I read Kim Moritsugu's The Showrunner over the weekend.  Here's the synopsis from Goodreads:


Rising-star showrunner Stacey McCreedy has one goal: to leave behind her nerd-girl origins and become a power player — like Ann Dalloni, her former mentor and current producing partner. Ann, meanwhile, is feeling her age and losing her mind. But she’ll be damned if she cedes control of their hit primetime TV show to Stacey.

After Ann hires Jenna, a young actress hoping to restart her stalled career, as an assistant, the relationship between Ann and Stacey deteriorates into a blood feud. Soon, Jenna must choose whom to support and whom to betray to achieve her own ends. And Stacey will find out if she possesses the killer instinct needed to stay on top.

I haven't watched it, but The Showrunner has been compared to the film All About Eve.

I honestly didn't really like The Showrunner.  I thought all of the characters were horrible people and I didn't really care what happened to any of them.  Moritsugu managed to even ruin one of the love interest characters who I thought was okay.  I almost didn't finish reading it (but because I was already near the end I decided to just suck it up and finish it).

I know that The Showrunner will appeal to some people, but it just honestly wasn't my kind of book so I don't want to say anything more about it.
Posted by Shauna at 1:11 PM