Guardians of the Galaxy: Angela 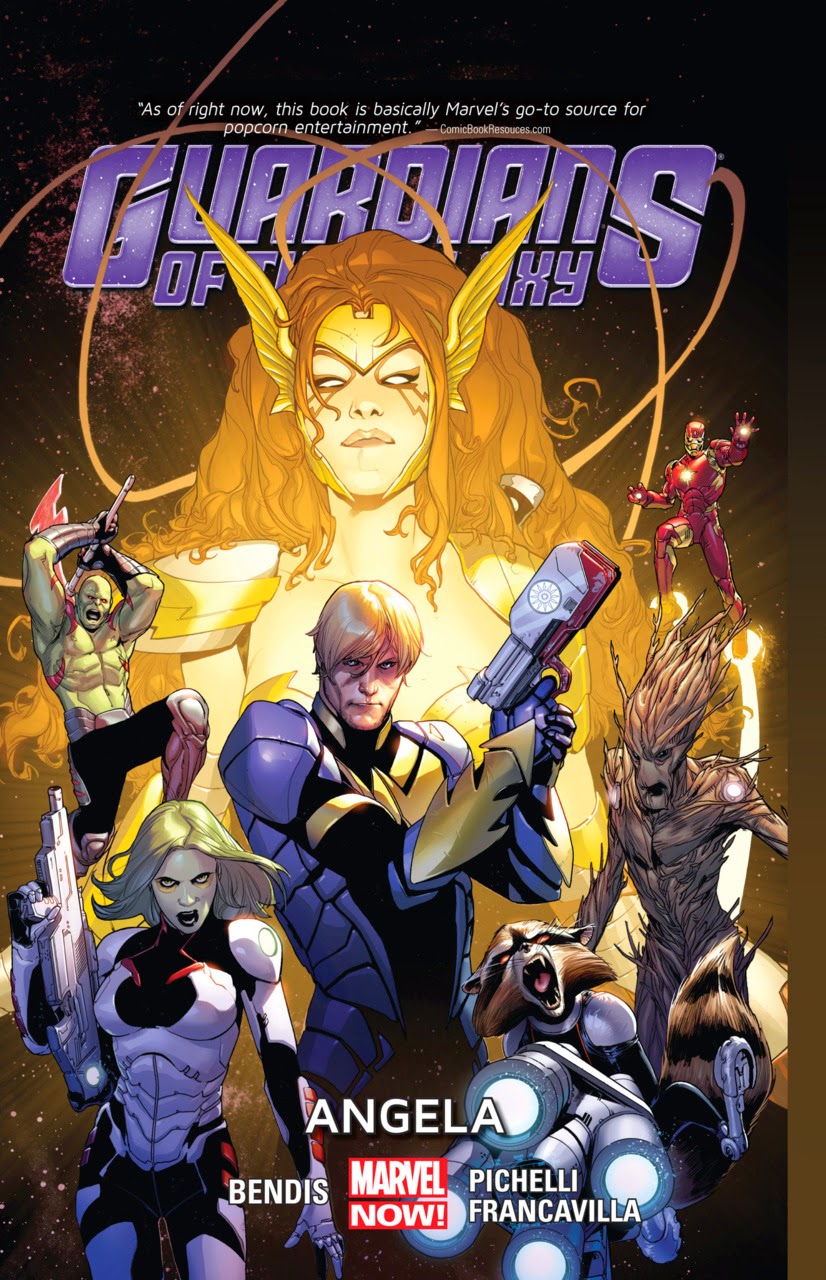 To that end, I wasn't disappointed.  Angela was pulled through some sort of temporal disturbance.  She gets into a fight with the Guardians of the Galaxy, who discovered her charging towards the Earth.  It turns out that she was amazed at the Earth's existence; she's heard stories of the Earth (much in the way we on Earth have heard stories of Heaven), and needed to see it with her own eyes (I thought that was an awesome story idea).  She ends up joining forces with the Guardians; in turn they are trying to help her get home.

I also really like how Gamora and Angela become friends.  They start off fighting one another, but in the end grow to respect each other.  That was a pretty fun story arc, too.

But like Cosmic Avengers, Angela suffered from some disjointed storytelling that made it a bit hard to follow.  I think what happened is that parts of the story took place in other comic lines.  So this graphic novel had only the specific Guardians of the Galaxy stories, which did not include those other parts.  That was really disappointing to me because I had no idea going in that parts of the story would be missing (especially since I'm not a huge Marvel Comics reader).

But other than that, I enjoyed reading these two volumes.  I'm now quite excited for August when the movie comes out!
Posted by Shauna at 2:45 AM