Stillwart and the Southern Fairies 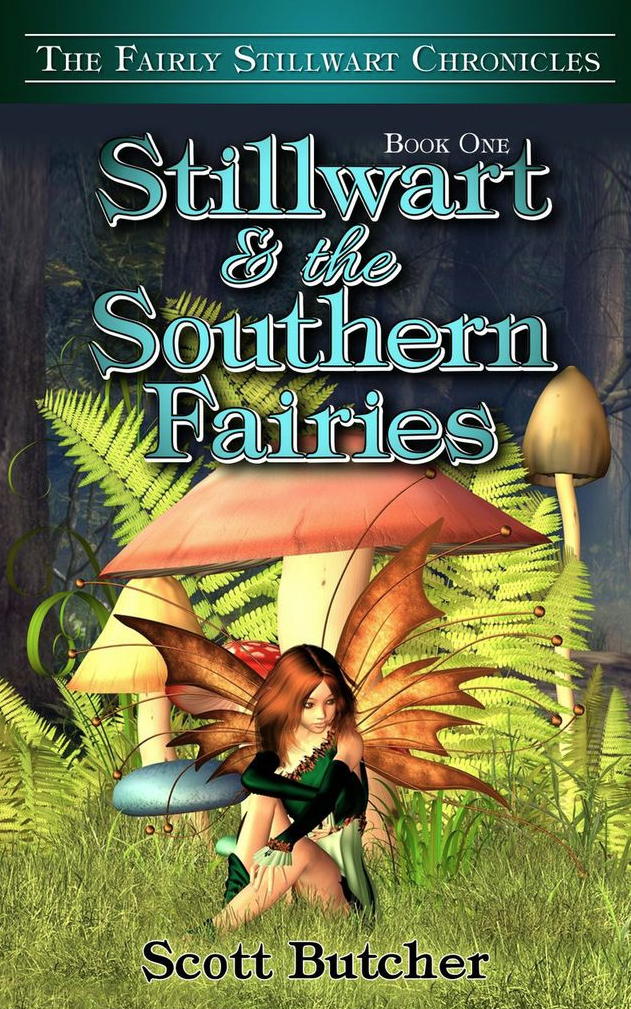 Stillwart and the Southern Fairies is the story of Still, a pixie found by Fiona, the mother and old Queen of the Southern Fairies.  As a pixie, Still is considered to be an ugly girl, particularly when compared to her cousin, Appleblossom.  On her first day of school, the other fairies nickname her 'Stillwart' because she is so much uglier than them.  But while Stillwart may not fit in with the fairies, she has an affinity for animals; Stillwart makes friends with the owl Mr. Sooty, and ends up in charge of neighbour relations on the fairy council while only a teenager.

The whole book is narrated by Stillwart's aunt, Belinda, who is chronicling the first part of Stillwart's life.  Belinda tells the story from her perspective, freely admitting that there are events she found out about after they happened.  Overall I thought this was a really interesting way to tell the story, especially since Belinda was able to revisit her feelings, often admitting that at the time she may have been wrong about Stillwart.  But there were a couple of her asides that I wasn't fond of because they knocked me out of the narrative; my least favourite was chapter 10's "oh, I've dropped my glasses...hold on one sec, where have they fallen to" because there's no reason that someone writing a story down would have written that.

Stillwart and the Southern Fairies is a very quick and enjoyable read.  I'm looking forward to starting the second book in the Fairly Stillwart Chronicles, A Pixie Pilgrimage.
Posted by Shauna at 12:29 AM