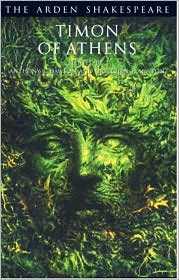 A few days ago, I finished reading Shakespeare's Timon of Athens. Timon was a lot of fun to read! While it was a bit crazy, I thought it was still relevant to today.
Timon is a nobleman who loves people. He throws huge parties and gives extravagant gifts to all of his friends. But when he goes bankerupt, none of his friends will help him get back on his feet. So Timon goes from loving everyone to hating everyone.
Timon of Athens is a strange play, but highly entertaining. I really recommend reading it!
Posted by Shauna at 11:23 PM No comments: 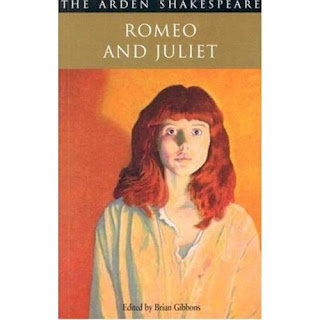 Before I say anything else, I need to share what Dr. Richardson said about this particular edition of Rome and Juliet. He held it up to the class and said "I'm not quite sure whether that's Juliet or Romeo on the cover. It looks young enough to be Juliet." This made me chuckle. Arden really should have gotten a better picture for the cover of this!
The class I am a TA for has to read Romeo and Juliet, so I reread it as well. I haven't read it since high school, and I really enjoyed rereading it! I had forgotten how much fun the first three acts are. And Mercutio's speeches are fantastic!!!! Definitely worth rereading!
Posted by Shauna at 9:06 PM No comments: 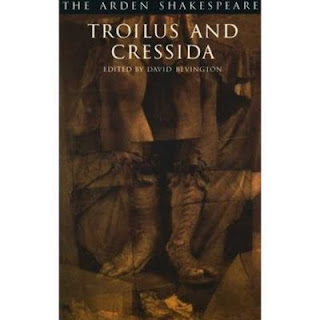 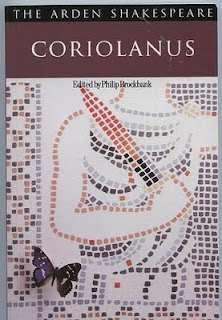 Shakespeare's Coriolanus is the second play we're covering in my Shakespeare course. It was mentioned a lot in the introduction to Titus Andronicus, so I was excited to read it. Like Titus, Coriolanus takes place in ancient Rome. But unlike Titus, Coriolanus was a lot harder to follow.
The play opened, and it seemed like Caius Martius (who later gains the surname Coriolanus) is returning to Rome. But then he is back in battle almost immediately without returning home. After that battle, the nobles want to name him consul, but the tribunes disagree, claiming that he is too prideful. What made this strange was that he left the room when people were speaking of his great deeds; hearing of them shamed him! The play continued in this fashion, and so I remained quite thoroughly confused through the whole thing, never really sure what was going on.
I'm going to have to mull Coriolanus over a bit, and see what is said in class, but so far, this is not one of my favourite Shakespeare plays. I'm going to write a follow up in a few days though, once I've had some time (and we talk about it in class).
Posted by Shauna at 5:21 PM 1 comment: