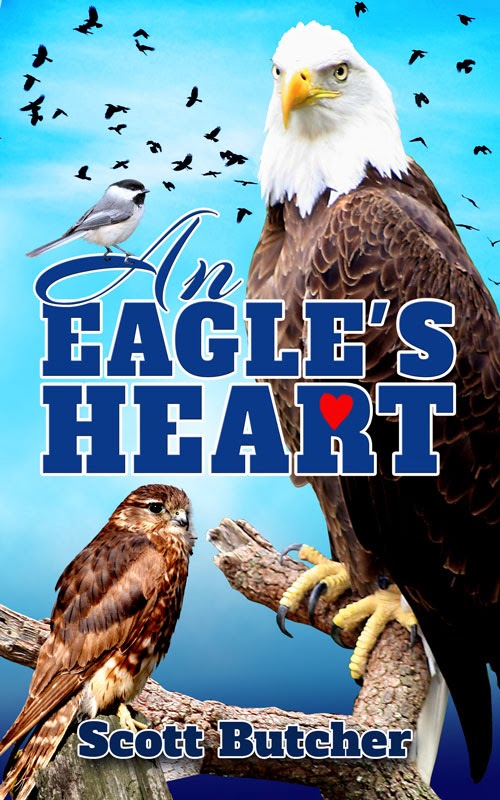 But overall, I really enjoyed An Eagle's Heart.  It's a great story that readers of all ages will enjoy.
Posted by Shauna at 2:41 AM 3 comments:

Pushback: How Smart Women Ask - and Stand Up - for What They Want 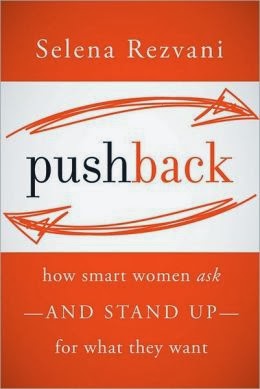 I found Selena Rezvani's Pushback: How Smart Women Ask - and Stand Up - for What They Want to be a bit of a strange read for me. I've picked up a few library books on selling yourself in a business setting, and Pushback just happened to catch my eye. Thinking that the book would give me some great advice (I am a woman and therefore the target audience), I took the book out and started reading it.

Everything seemed fine at first. I found Rezvani's writing style engaging enough. But then I got to the activity on page 50, which asks you to think through your negotiating roots. That was the point where I realized that Pushback wasn't really written for me; I didn't need someone telling me that it's okay to advocate for myself because I already do.

That being said, I did still get quite a bit out of the book. I have very little experience negotiating for things in a work setting, so I learned quite a bit in the later chapters. All in all, I'm glad I stuck it out and read  the entire book.
Posted by Shauna at 1:57 AM No comments: 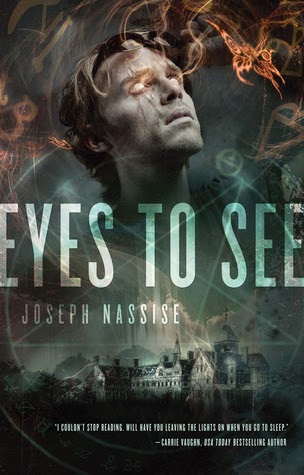 A coworker brought Watcher of the Dark, the third book in Joseph Nassise's Jeremiah Hunt series, to my attention about a week ago. The premise sounded amazing, but I wanted to start at the beginning of the trilogy. And so I put a hold on Eyes to See, starting it pretty much when I got it.

Eyes to See is the story of Hunt's search for his daughter, Elizabeth. Elizabeth went missing five years ago, and Hunt has done everything in his power to find her. As he got more and more desperate thanks to the lack of leads, he stumbled on an ancient ritual that allowed him to see the ghosts all around him at the expense of his actual eyesight. Now effectively blind in bright light, he instead uses his ghostly allies to function and continue the search for his daughter.

The premise alone hooked me, but the book itself largely didn't disappoint. I didn't like some of the interactions between Hunt and the other characters (especially some of the stuff with Denise, although I really liked how Nassise switched from first person to third for her sections). But the ghosts and the world are all really cool. So overall, I was impressed; I can't wait to get my hands on book 2!
Posted by Shauna at 6:37 PM No comments:

The Art of Selling Yourself: The Simple Step-by-Step Process for Success in Business and Life 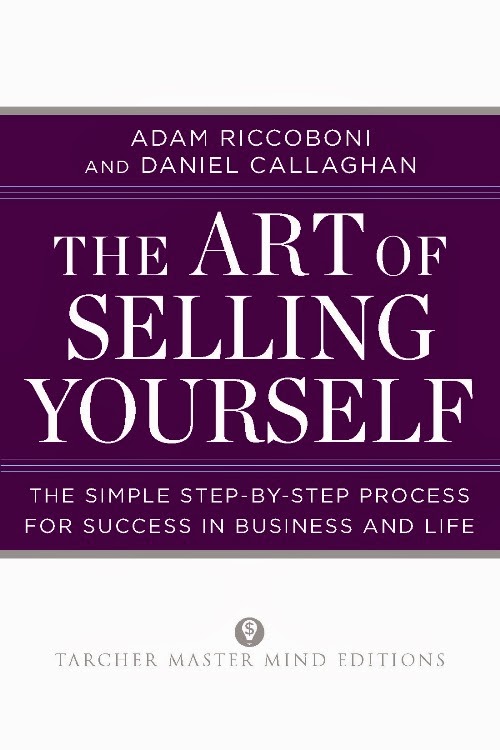 I took Adam Riccoboni and Daniel Callaghan's The Art of Selling Yourself: the Simple Step-by-Step Process for Success in Business and Life out from the library a few weeks ago; I need to fix up a website and some profiles, and I hoped their book would help me out. I finally started reading it after finishing If Tomorrow Comes.  The Art of Selling Yourself is not a very long read, but it's not exactly a page-turner. I found I could only read a few chapters a night.

Since I haven't read many books on self promotion, I was hoping The Art of Selling Yourself would be a great introduction to the topic. In some ways it was: I found the book pretty easy to follow, and most of the lessons seemed to grow one from the other. But in other ways it wasn't: The Art of Selling Yourself only gives a surface-review on many of its points. There were times where the topic would be over and I was left wishing Riccoboni and Callaghan had gone into more depth. I found this especially true during some of the worksheet areas; I wish they had given me a better walk through of their processes.

Overall, I'm glad to have read The Art of Selling Yourself. I'm not entirely sure how successful I'll be in applying all of their steps to my life, but I feel this was an okay introduction to the idea of selling myself to others outside of a networking event.
Posted by Shauna at 12:27 AM No comments: 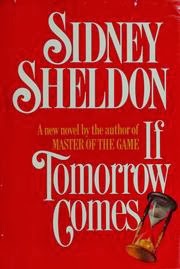 If Tomorrow Comes is both my last book of 2013 and first book of 2014. I originally started reading it with the thought of doing a book review on it for work; unfortunately I found the book rather unsuitable due to some of the subject matter.

If Tomorrow Comes is the story of Tracy Whitney. She is going to be married to a wealthy man and is having his baby. But then she is framed for stealing a mafia man's painting and sent to jail.

I honestly thought that the book was going to be all about her getting free and then getting her revenge. So I was quite surprised to find that story arc was finished half way through the book. It took me a long time to actually read the second half of the book because the story, in my mind, was over.

But luckily I did keep reading. And the second half of the book was awesome!

Now that Tracy has gotten her revenge, she wanted to go back to her normal life. But that proved impossible thanks to her criminal record; everyone believed she would steal some more. Out of desperation, Tracy takes a job from someone that actually involves stealing jewellery, thus starting her exciting new life of conning people.

While I'm glad I read If Tomorrow Comes, it wasn't my favourite Sheldon book. Tracy was an interesting character, and the second half was super good. I definitely recommend this if you can make it through the rather horrible events of the beginning chapters.
Posted by Shauna at 10:57 PM No comments:

2013 was my worst reading year since starting this blog.  I thought 2010 was bad, with only 51 posts/books, but 2013 was my all-time worst with only 40 books!  Unfortunately, 2013 was the year where I started reading quite a bit of books that I didn't finish for one reason or another.

So here's to the New Year, where I'm going to strive to read (and finish!) at least 50 books!
Posted by Shauna at 7:35 PM No comments:

Labels: update
Newer Posts Older Posts Home
Subscribe to: Posts (Atom)
*As of September 24/15, I am not taking any more requests from authors to read their books. I currently have too many books to read. I'll update this if/when that changes.*