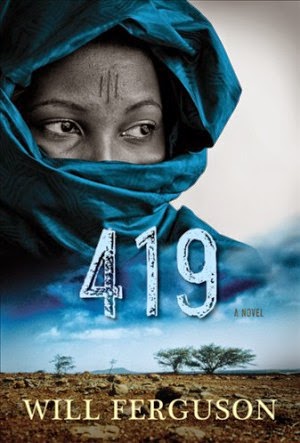 My mom read 419 a few years ago.  She really liked it and asked me to read it, too.  I had every intention of reading it, but for various reasons, I didn't get to it until now.

419 is a complicated story.  It's about Laura Curtis and her family dealing with the aftermath of her father's death.  It's about internet scams originating in Nigeria.  It's about the greed for oil in the Western world.  And it's about a pregnant woman walking away from Sharia law.

I won't lie: I had a hard time getting into this book.  I was very intrigued by Laura Curtis and her family.  The police begin trying to determine the cause of her father's death.  Originally Laura is a suspect, but it becomes clear that her father's death was a suicide. Around that point, 419 starts looking at Winston, a 419er from Nigeria.  Winston hangs out in internet cafes, trying to find stupid oyibos who will fall for his stories.  He ends up working for a man known as Ironsi-Egobia (who is a sort of crime-lord in Lagos).  After that, the book follows a woman with no name who is walking away from her home because she is pregnant.  And then the book starts following Nnamdi, a boy from the Delta.  Nnamdi started working for the oil companies when they recruited men from his village.  When he was laid off because relations between the Nigerians and the oil companies were deteriorating, he ended up taking a job transporting oil in a transport truck.  Up until here, I had a really hard time with the book because nothing seemed connected to anything.  I got invested in some stories, but had a hard time with others.  And the book went weirdly between them: it would follow one character, then the next, adding a random chapter of Laura here and there.  My mom was the one who encouraged me to actually keep reading; she told me the whole thing manages to come together somehow.

And she was right.  It did.

Nnamdi ends up finding the nameless girl.  He brings her back to his village.  But the village is no longer safe for the two of them because it is now in the middle of a (guerrilla) war zone.  So they make their way to Lagos at Nnamdi's mother's insistence; she says he has a cousin there who will help him.

That cousin's name is Ironsi-Egobia.

And that's how everything manages to come together.  Laura makes her way to Nigeria in an attempt to get her father's money back and somewhat inadvertently draws the wrath of Ironsi-Egobia.  And now it's not just money she needs to get out of Nigeria, but herself as well.

419 is a beautifully written book, even while dealing with some rather ugly subject matter.  I though Will Ferguson had some very lovely turns of phrases.  While I had a difficult time with it until near the end, now that I'm done I feel like it was worth the read.
Posted by Shauna at 2:26 AM No comments: 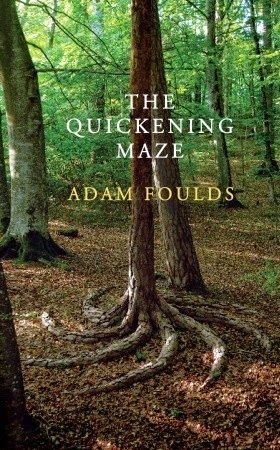 My one issue with The Quickening Maze is that it gives you the point of view of an awful lot of characters (many more than the few I've mentioned here), which can be quite confusing at times. I'm thinking that's mainly a fault with the subject matter: this book is full of many interesting and historically accurate characters, so Foulds probably wanted to ensure the reader got a feel for them all. Despite this issue, The Quickening Maze is a beautiful book, in particular thanks to Foulds' background as a poet; his prose contains many lovely turns of phrases.
Posted by Shauna at 1:26 AM No comments: 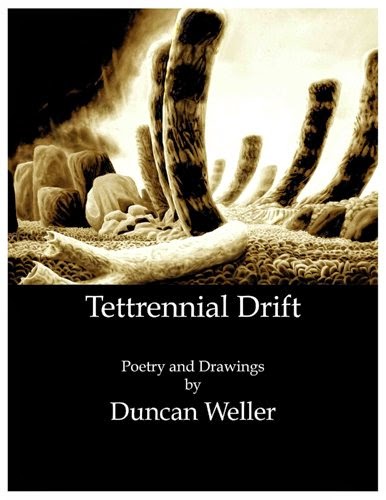 I've had Duncan Weller's Tettrennial Drift for a few years now.  Weller is a local artist and author; I bought it at one of his shows.  Unfortunately poetry isn't really my thing.  But my brother also bought a copy, so the two of us decided to read it together.

I don't have a whole lot to say about Tettrennial Drift because, like I said, poetry isn't really my thing.  But I was struck by how honest these poems seemed to be.  They really seemed to give you a good glimpse of the author.
Posted by Shauna at 5:06 PM No comments:

Labels: Duncan Weller, poetry
Newer Posts Older Posts Home
Subscribe to: Posts (Atom)
*As of September 24/15, I am not taking any more requests from authors to read their books. I currently have too many books to read. I'll update this if/when that changes.*