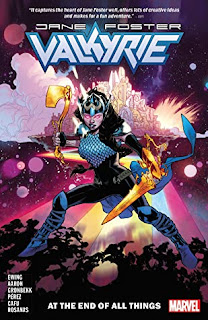 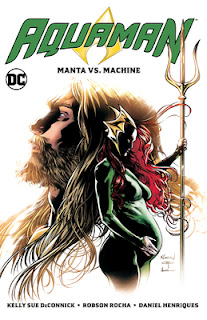 Posted by Shauna at 3:12 PM No comments: 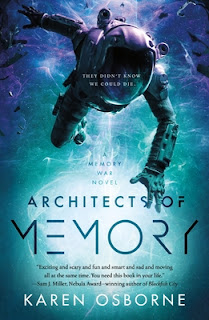 I've been waiting to read Karen Osborne's Architects of Memory, the first book in the Memory War duology, for quite some time now.  I was excited to finally get my hands on it.  I started it over the weekend and would have finished it sooner but I had to put it aside for a few days while I was doing some training for work.  Once that was finished though, I immediately picked it back up and finished it. :)

Architects of Memory follows Ashlan Jackson, a salvage pilot who is terminally ill.  She lives in a world where you sell yourself to a company in order to eventually earn citizenship with that company; unfortunately some are much worse than others, charging you for every little thing (and extending indefinitely the terms of your indenture).  For someone with a terminal illness, it's much worse because if the company finds out about it, they can cancel your contract and leave you to die.  So Ash does everything in her power to hide her illness to buy her time to finish her contract and hopefully pay for treatments.

Her salvage crew is sent to clean up the wreckage of another ship from an inter-company war; while going through her routine salvage operations, Ash discovers that there was an alien weapon on board, one powerful enough to destabilize the tenuous peace among the companies.  And for some reason, she is able to handle it...

The world of Architects of Memory was interesting, and unfortunately could very much become reality if corporations control the means of getting into space, I could see people basically going into slavery to them to get themselves into space as well. While Ash's crew didn't seem to have hard boundaries between the indentures and citizens, it was really interesting to see how that played out on some of the other ships.  I should also mention that I liked Osborne's aliens, the Vai, as well (although I admit to some confusion on how they could have come to be...)

I do think my biggest complaint was the ending though.  It didn't really feel satisfying; I honestly thought Ash would make more of an attempt to get out to the White Line, possibly dying in the process (I also admit to not really understanding what the White Line was exactly, beyond being the border the Vai retreated to).  But as I said, overall I did enjoy the book; it's a fast paced read and I would definitely like to read the second part when I get the chance! :)

Posted by Shauna at 5:12 PM No comments:

Labels: Karen Osborne, library, Memory War, science fiction
Newer Posts Older Posts Home
Subscribe to: Posts (Atom)
*As of September 24/15, I am not taking any more requests from authors to read their books. I currently have too many books to read. I'll update this if/when that changes.*