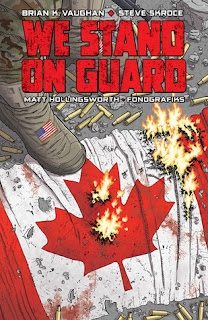 So while We Stand On Guard had an interesting premise, it wasn't really worth the read. :(
Posted by Shauna at 1:11 AM No comments: 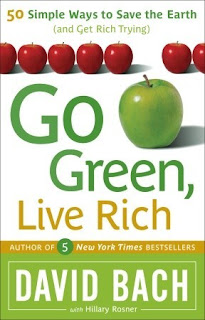 Overall, I think this is a good starting point if you're looking for ways to green your life.  It has a lot of the same tips and ideas that are in 397 Ways to Save Money, but it's a faster and easier read.  But if you're already on board with living more sustainably, you should probably give this book a pass; it's full of tips you've probably already considered.  On the personal finance front, it's also not nearly as in depth as his other books (like The Automatic Millionaire), so you'd be better off reading one of those if that's your interest.
Posted by Shauna at 12:09 AM No comments:

The Wealthy Renter: How to Choose Housing That Will Make You Rich 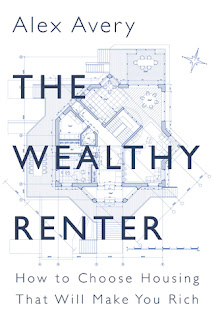 I have a list of financial planning books that I'd like to read one day on my phone.  Somewhere along the lines, I added Alex Avery's The Wealthy Renter: How to Choose Housing That Will Make You Rich to that list and promptly forgot about it. When I rediscovered it, I got pretty excited to read it.  As a renter, and having read two of David Bach's Automatic Millionaire books that sung the benefits of home-ownership (as well as the beginning of another book that said statistically renters are a lot less wealthy than homeowners), I was quite excited to find a book that says the opposite.  I was so excited in fact that I ran out to Chapters to buy it last weekend.

The first chapter of The Wealthy Renter was also quite promising. Avery says:


You might be thinking this book is about how evil the world of housing is and why no one should ever buy a house.
It's not.
What this book is, actually, is a celebration of the virtues of renting (13).

Oh good, I thought.  With everyone so down on renting nowadays, I'm excited to read a book that not only sings the praises of renting, but isn't going to be unduly down on home-ownership.  Hopefully this is going to have great advice for investing while renting!

Unfortunately, I felt like that passage was a blatant lie.  Besides a few mentions of purchasing stocks and bonds, or showing how the stock market outperformed homeownership, the majority of the book just looked down on homeownership.  I wouldn't even really call it a "celebration of the virtues of renting" - it basically was just saying "here's all the reasons why buying a home (esp as an investment) is a bad idea."  It took until page 164 (out of 189 pages not including the index) before actually talking about the "secrets of the wealthy renter."  And the secrets were so underwhelming I was super disappointed (spoiler: some form of forced savings, like automatic payroll deduction - it's the essence of the whole "pay yourself first" - the number one rule of like EVERY personal finance book).

That being said, I was pleasantly surprised to find out The Wealthy Renter was Canadian, so getting facts and figures for Canadian cities and whatnot was quite interesting.  And the book still had some very interesting tidbits in it.

I think that if you're someone very firmly in the "renting is throwing your money away" camp, The Wealthy Renter is worth reading to get a secondary viewpoint.  It's also worth reading for someone who may feel "stuck" renting due to the high cost of houses - this book does share the benefits of renting, showing that you're not necessarily throwing your money away the way many people believe.  Oh, and anyone just interested in a rundown of the costs of owning a home may find the book interesting.

So sadly, while I did get some interesting little tidbits out of it, I was disappointed with The Wealthy Renter. :(
Posted by Shauna at 11:10 PM No comments:

Labels: Alex Avery, nonfiction, personal finance
Newer Posts Older Posts Home
Subscribe to: Posts (Atom)
*As of September 24/15, I am not taking any more requests from authors to read their books. I currently have too many books to read. I'll update this if/when that changes.*