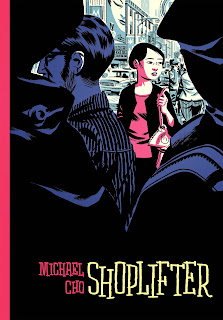 I don't have a lot to say about Michael Cho's Shoplifter. I saw it while I was working one day and decided to take it out. Shoplifter is the story of Corrina, a girl who finds herself, several years later, in the same job she took right after graduating. The only time she feels alive is when she steals a magazine from the corner store. But then a series of events lead her to question her entire life.
This was a story that I thought would speak to me. It's about a young woman deciding to go and live life, rather than just waiting for something to happen. But for some reason, the story just didn't really work for me (possibly because I'm not at the waiting for life to happen stage anymore myself). I did enjoy the art though - the style is different from most comics and graphic novels that I read.
Posted by Shauna at 1:10 AM No comments: 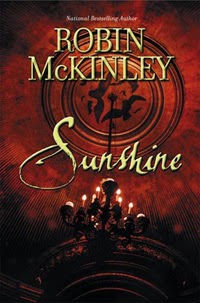 I really enjoyed reading Sunshine.  It was a rather different take on vampire (particularly the way humans can tell exactly how Other they are just by being around them).  This is the first book by McKinley that I've read, but I'm sure it won't be the last!
Posted by Shauna at 12:34 AM No comments: 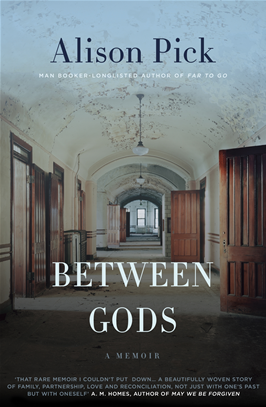 I was recently given the chance to interview the three authors who are coming to the IFOA event in Thunder Bay.  One of those authors is Alison Pick.  I'm not at all familiar with her work, so I put her newest book, Between Gods on hold.  Between Gods is a memoir, a genre I don't normally read.  But it sounded interesting, so I decided to give it a try.

Between Gods tells the story of a dark time in Alison's life.  While working on her novel Far to Go, she was going through a really dark depression.  It is also the story of secrets: Alison's family survived the Holocaust, but told no one they were Jewish.  And so Alison finds herself drawn to Judaism, almost on a cellular level.

But Alison is Jewish only through her father (Judaism is passed through the matrilineal line).  And she is going to marry a Gentile.  So the road to Judaism is a tough one.  She finds a rabbi who will sponsor her, but there is a catch: to become Jewish, her husband must convert, too.  While he is supportive of her desire, Degan does not want to convert.  And so this is the story of Alison's struggle to find her way back to the light (and back to the religion that feels so right to her).

Between Gods is a powerful story with beautiful (and at times haunting) text.  I loved every minute of reading it, and am now very interested in trying some of her fiction (particularly Far to Go).
Posted by Shauna at 3:58 PM No comments: 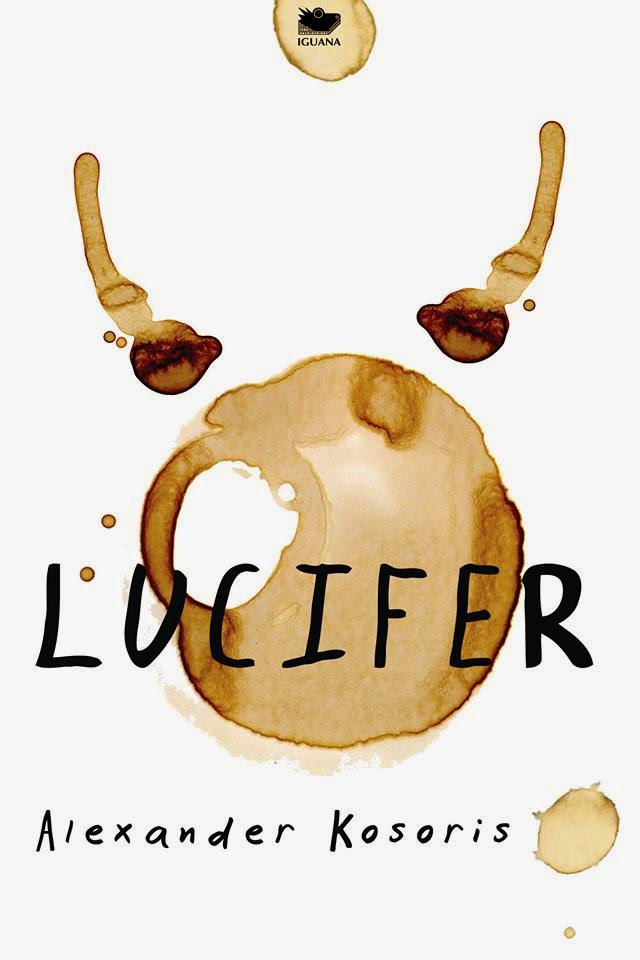 As I mentioned last time, my brother recently had a book published.  And that book is Lucifer.  Lucifer is the story of the angel Lucifer, who is given the chance of a lifetime: God will promote him, but he has to rebel against the creator in order to get the promotion.  And so Lucifer must navigate his way through God's office building, clashing with marketing and the other departments, all the while trying to figure out how to rebel against the all-knowing creator.

This is not the first time I've read Lucifer; I read a couple of early drafts for my brother while he was writing it.  Right from day one I loved this idea (and how can you not, with an opening like this?)  Going back to it, a few years later, I still absolutely love the concept.  And I have to say, I really like the changes that several drafts have brought: the ending flowed really nicely (although the flashback scenes were a little jarring because the tense changes).  I like that Lucifer has a very strong voice - I could hear my brother in these words.  His characters were all interesting and well thought out.  Setting God as the CEO of an office building and the angels as his employees made the well-known story of Lucifer rebelling against God fresh and fun.  But don't be deceived by the lighthearted tone of the first chapter: Lucifer is a story about finding oneself and becoming the person you were meant to be, even if it means leaving your old self behind.
Posted by Shauna at 3:30 AM No comments: 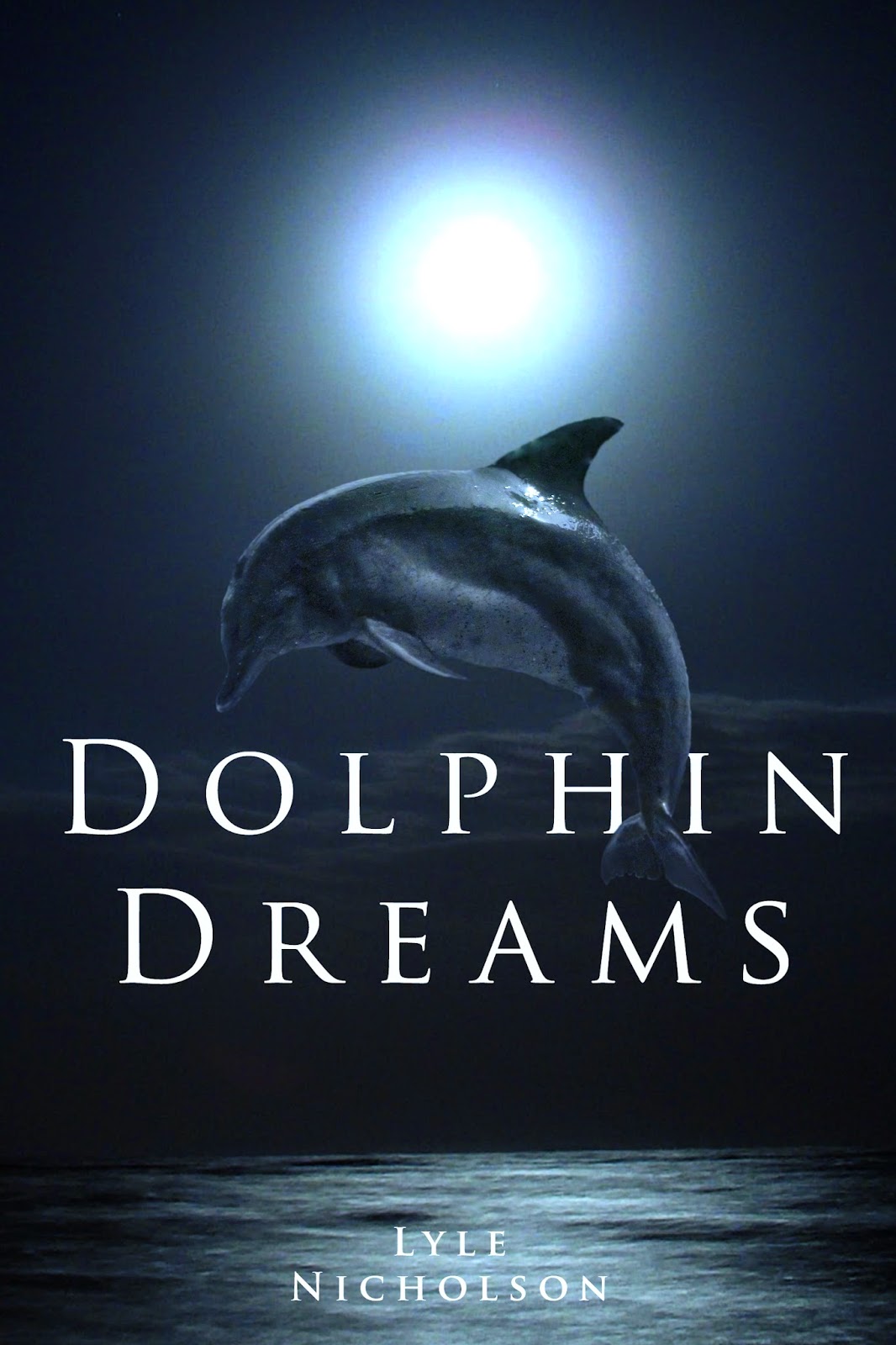 My brother's book was recently published, so I was planning on reading that. But then he asked me to drop everything and read Lyle Nicholson's Dolphin Dreams, which is what I ended up doing. Dolphin Dreams is a novella, so it really didn't take me long to read. If I hadn't been so busy this weekend, I would have finished it in one sitting.

Dolphin Dreams is the story of Niklas Okkenon, a Finnish professor who arrives at a conference in Cancun, Mexico to deliver a speech. The conference is held in a hotel which has captive dolphins. Niklas soon finds the dolphins invading his dreams, requesting that he free them. As an ex-navy diver/demolitionist, Niklas knows how he could do it. But will he risk destroying his life to save them?

Dolphin Dreams was an interesting enough read. It was unfortunately rather predictable, (I pretty much knew exactly how the story would play out once I started reading it). And I didn't really get the motivations of many of the secondary characters throughput the book, particularly the patron of Cancun (why didn't he just buy the dolphins and set them free?) That being said, I thought Dolphin Dreams was a good effort for a first book.
Posted by Shauna at 3:11 AM No comments:

Labels: Lyle Nicholson
Newer Posts Older Posts Home
Subscribe to: Posts (Atom)
*As of September 24/15, I am not taking any more requests from authors to read their books. I currently have too many books to read. I'll update this if/when that changes.*