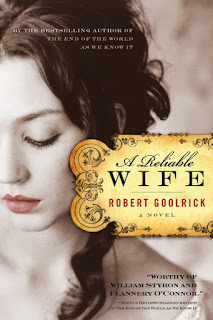 I've had A Reliable Wife by Robert Goolrick out for a few weeks now, but finally started reading it over the weekend.  I was looking over the library books I had out and decided I really wanted to read it before sending it back.  And I'm really glad I made that decision.

A Reliable Wife is the story of Catherine Land and Ralph Truitt.  Ralph Truitt, sick of being alone, advertises in the paper that he wants a reliable wife.  And the woman who answers the ad is Catherine Land.  She claims to be a missionary's daughter, but in truth she is far from that.  Her plan is to marry Truitt, a wealthy man, and slowly poison him; once he is dead she will leave a wealthy widow.

Of course, things don't go as planned.  I won't say more because I don't want to give away any spoilers.  But wow, this was an excellent story.  A Reliable Wife is well worth the read.  :)
Posted by Shauna at 2:39 AM No comments: 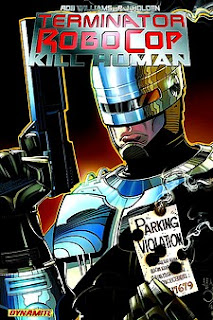 I don't really have a lot to say about this.  I saw it at work and decided I needed to read it.  That was several weeks ago, and I finally got around to it today.  I don't know anything about Robocop, but I have seen the Terminator movies and thought this would be an interesting mashup.  And that's exactly what it was.  Interesting.

Robocop wakes up in a Skynet museum, and goes back in time to stop Skynet.  He meets Sarah and John Connor, has to fight off the T-1000.  I thought it was ok.  I'm sure I would have liked it more if I'd ever seen the Robocop movies (and I suppose I should go out and watch them now), but overall this wasn't really amazing.
Posted by Shauna at 12:48 AM No comments: 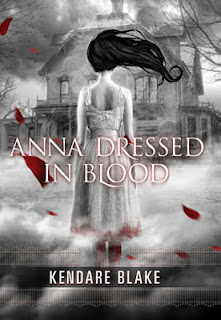 When I took Anna Dressed in Blood out, I wasn't really planning on reading any more of the series.  But now that I've read it, I really am excited to continue reading.  I've got a hold on the next one, Girl of Nightmares, which the library currently has on order.  I hope it's as good as this first book was!
Posted by Shauna at 1:11 AM 1 comment: 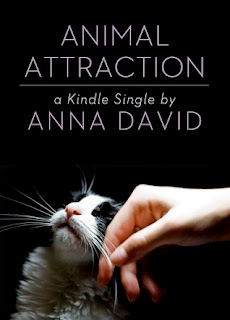 My mom is the one who bought "Animal Attraction" by Anna David.  She told me it was a great read and that I'd enjoy it because I'd be able to relate to some of the stories Anna tells about her cats.  I finally sat down and read it this afternoon and wow was my mom right: Anna's Toby is very much like my cat, Sasha!  Like Toby, Sasha doesn't trust easily and doesn't like people who aren't HER people.  But unlike Toby, Sasha had a more stable time when she grew up, and I think she's just a little more trusting and friendly than Toby is.

"Animal Attraction" is Anna David's story of how and when she discovered she was a cat person.  She details her life, and what led her to the decision to adopt not one but two cats.  The first one was the aforementioned Toby, a female cat she mistakenly thought was male.  The second was Lilly, a super friendly cat that can get along with anyone anywhere.  She talks about her struggle to get over her drug addiction, and how she was interacting with her two girls all the while.  It's a quick, enjoyable read, and you should definitely give it a try if you like cats.  In fact, you should probably give it a read even if you don't like cats, just so you can gain an understanding of cat people!
Posted by Shauna at 4:37 PM No comments:

Labels: Anna David, Kindle
Newer Posts Older Posts Home
Subscribe to: Posts (Atom)
*As of September 24/15, I am not taking any more requests from authors to read their books. I currently have too many books to read. I'll update this if/when that changes.*