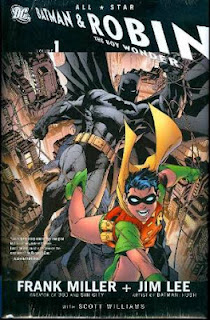 All Star Batman & Robin was a lot darker than I was expecting. But it was a really good story all the same, giving origins for several super heroes (like Black Canary). I'm really glad my friend lent it to me!
Posted by Shauna at 1:25 AM