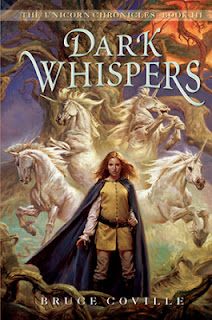 But now onto The Last Hunt, the final book in the Unicorn Chronicles.
Posted by Shauna at 2:52 PM