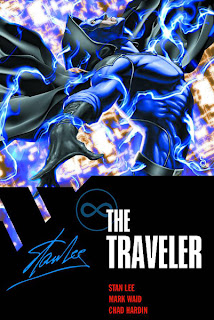 But other than the art, I was left feeling rather "meh" about the whole thing.  I realize this was his origin story, and it's possible the series might get awesome after this point.  But overall I didn't really care.  So if the library eventually gets the next volume (whenever that appears), I might pick it up.  But I'm not going to go actively looking for it.
Posted by Shauna at 2:32 AM