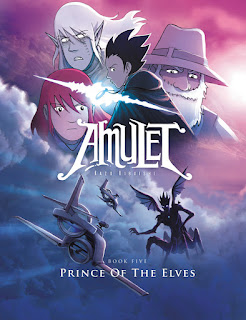 Overall Prince of the Elves was an interesting read.  But like I said, I don't remember a lot of what was going on, so in some parts the story was hard to follow.  I guess I'll have to reread all five volumes right before the sixth one comes out.
Posted by Shauna at 12:06 AM