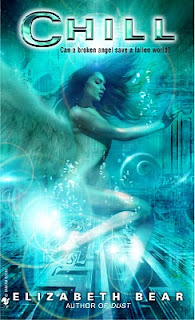 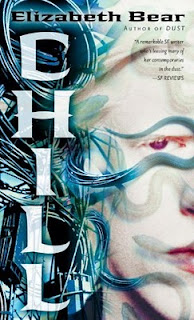 
The other problem is that the narrative is so fragmented. In Dust, the story was mainly told from one or two perspectives (Rien's and Perceval's). But in Chill, we are all over the place, following three main characters who are facing vastly different things. While I liked all of them, I just felt that everytime I started to get into what one was doing, the narrative would switch to one of the other characters.
Another problem might have been that I read Dust over a year ago, and forgot a lot of what happened in the book (and who some of the characters were). For that reason, when Grail comes out, I'm going to reread both Dust and Chill before reading it. That will also give Chill a second chance.
Posted by Shauna at 1:14 AM