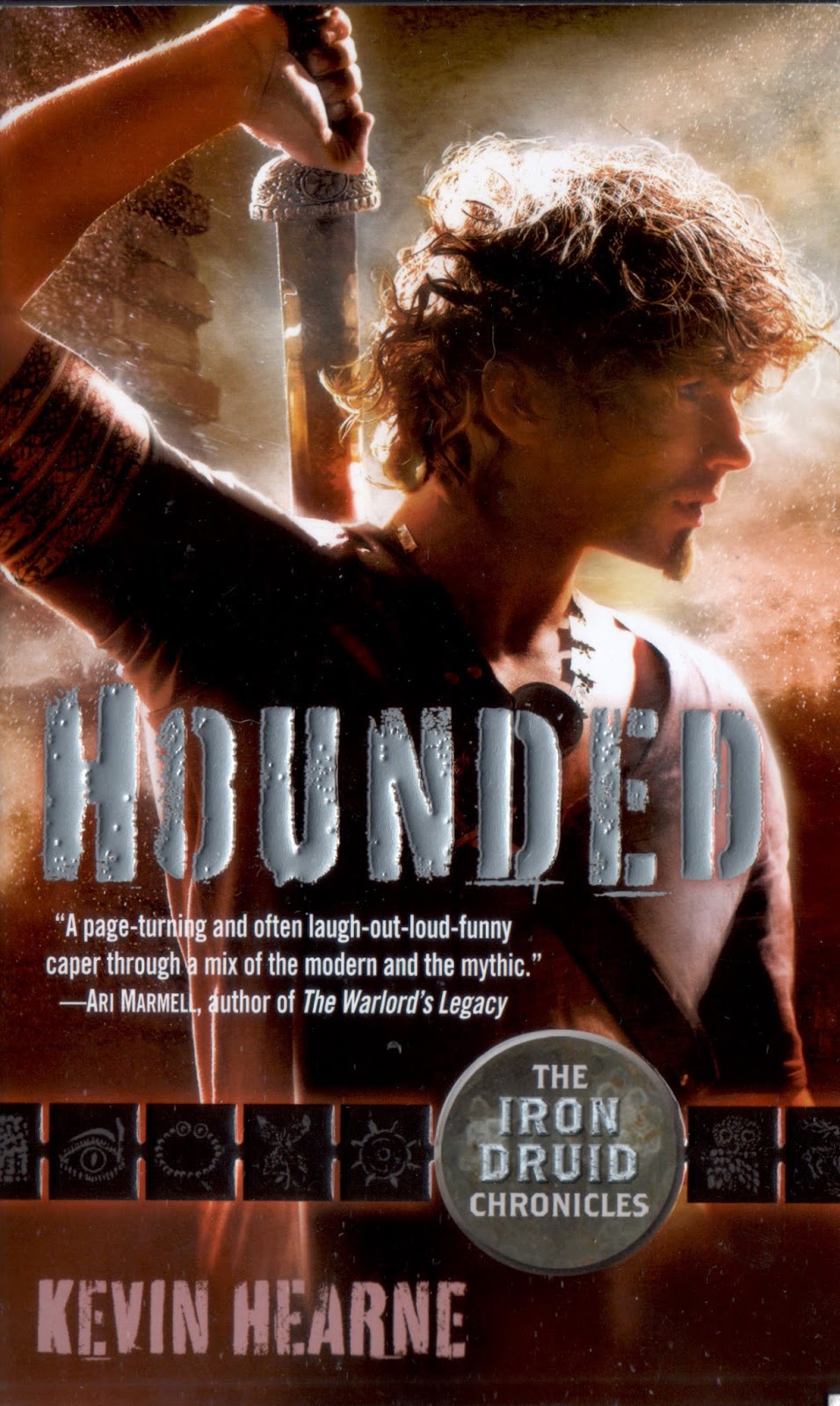 A friend from work recently recommended Kevin Hearne's Hounded to me. She told me it was a fast and fun read. And then a couple of other people started recommending it to me as well so I had to read it. I wasn't originally planning on it, but I started the book yesterday and finished it earlier today - definitely a fast read!

Hounded is the story of Atticus O'Sullivan, the last of the Druids. He may look to be 21, but in reality he's 21 centuries old. Atticus has possession of a magical sword called Fragarch, the Answerer, which can cleave through any armor. Of course, a magic sword like that is bound to attract trouble. And in Atticus's case, that trouble is the Celtic God Aenghus Og, who has been hunting for Fragarch (and therefore Atticus) for centuries.  Currently, Atticus is living in Arizona with his Irish Wolfhound, Oberon (who has a penchant for movies and French Poodles). When Atticus isn't shape shifting and hunting with his dog friend, he's running an occult bookstore and tea shop. Of course this idyllic lifestyle is shattered with Aenghus Og tracks the Druid down and starts sending all manner of creatures after him in an attempt to get the sword.

And then there's the matter of the other Tuatha De Danaan, who keep visiting and making Atticus's life interesting. Unfortunately it's never really clear whose side they're on (except maybe the Morrigan, who has been helping Atticus stay alive all these years mainly to piss off Aenghus Og!)

Luckily Atticus isn't alone in dealing with all of these complications. Along with the sword and Oberon, he's got both a vampire and a werewolf lawyer helping him out, plus the cute barmaid who just happens to have an ancient witch living inside of her head.

All in all, I have to agree with my friends: Hounded was both a fast and excellent read.
Posted by Shauna at 1:30 AM