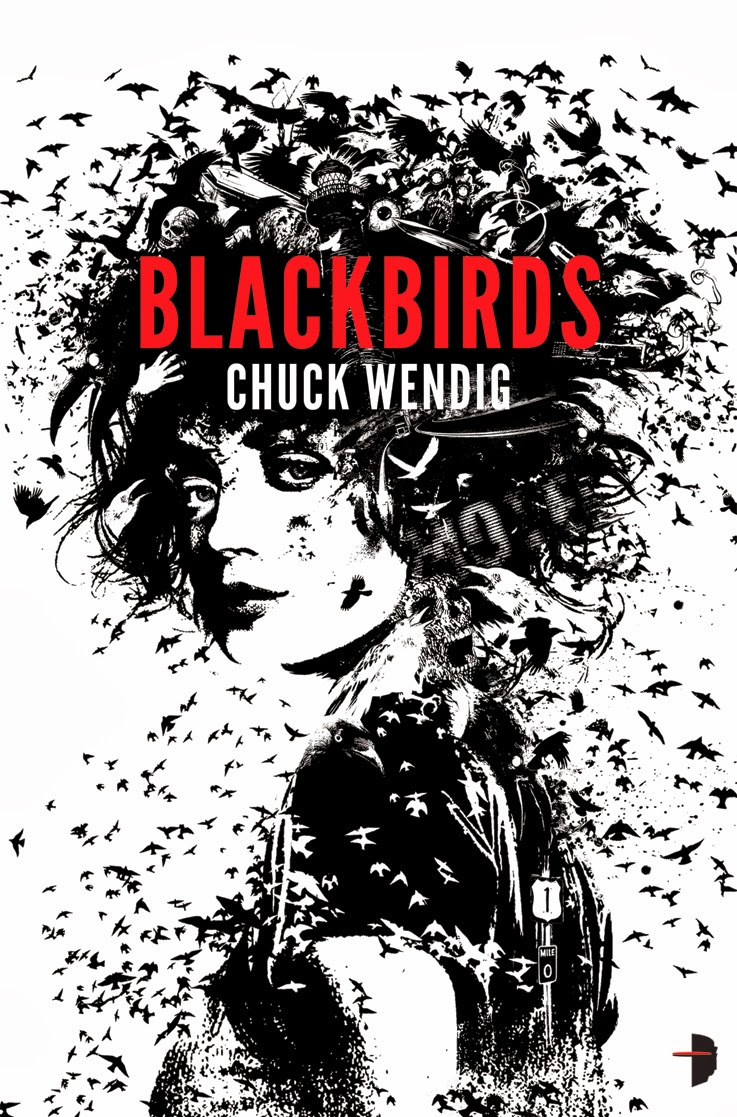 After reading Chuck Wendig's The Blue Blazes, I originally wasn't going to jump in and read another one of his books so soon.  But I've heard a lot of good about his Miriam Black series, and I needed something to recommend for work.  So I took a chance and read the first book in the series, Blackbirds.

Blackbirds is the story of Miriam Black (duh), a girl who sees how you're going to die when she touches you.  But death is also fate, and Miriam cannot change anything.  And so she drifts through life, taking money off of the dead to survive.  But when she touches Louis, she gets quite a shock: he dies a violent death in about a month, and he dies saying her name.

While I had a hard time getting into The Blue Blazes, Blackbirds gave me no such trouble.  Right from the start, I loved Miriam with her strange power and wanted to know how this story would turn out.  It took some rather crazy turns, in much the way that fate does.  All in all, I thought this was a great, if somewhat gritty, urban fantasy.  I'll definitely be looking for the next one (Mockingbird).
Posted by Shauna at 12:58 AM