Guardians of the Galaxy: Cosmic Avengers 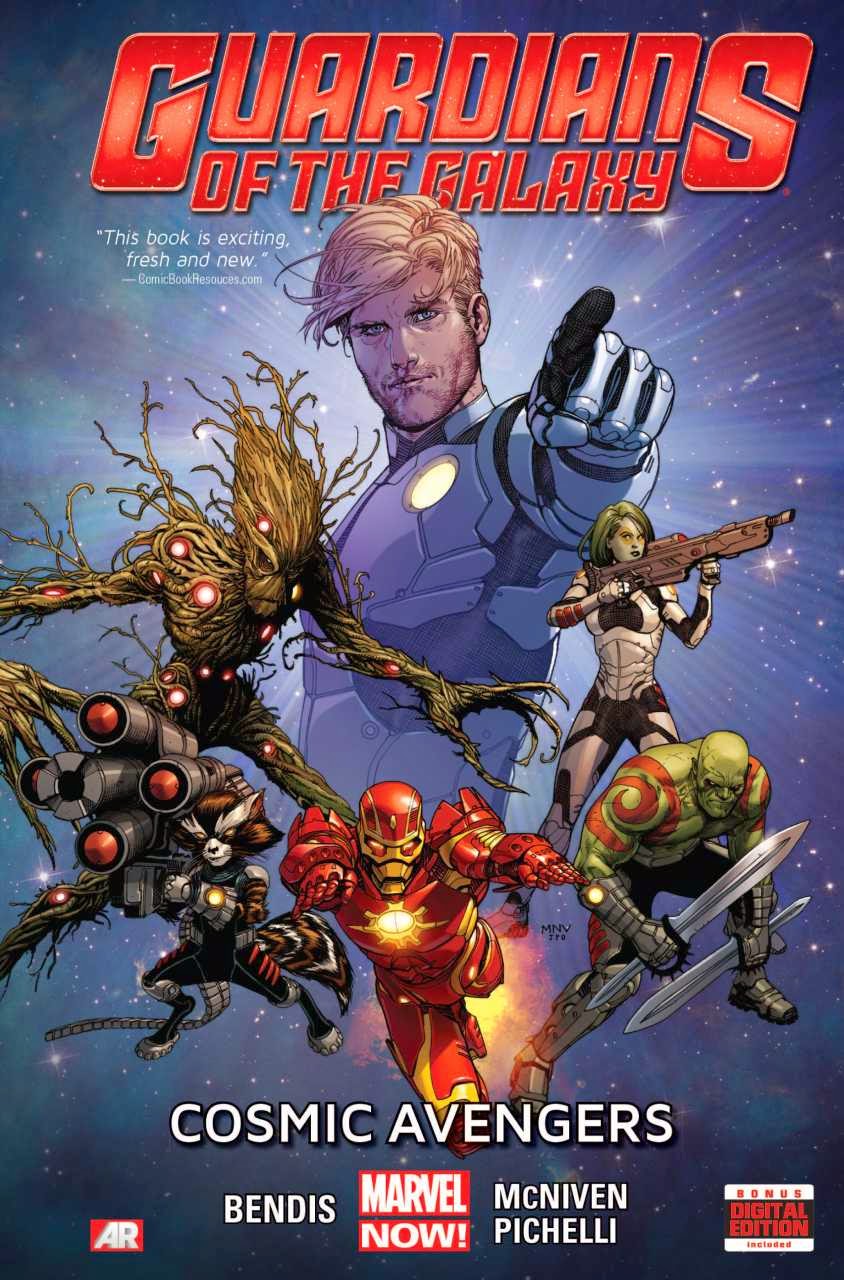 Since the movie is coming out this summer, I wanted to read some Guardians of the Galaxy comics.  And luckily the library has both volumes one and two of Brian Michael Bendis's

The one issue I had with this book is that, for volume 1, it sort of felt like I was jumping into the middle of the story.  I have no idea why the Guardians of the Galaxy had separated, or even why Peter Quill (aka Star-Lord) brought them back together, beyond the fact that they needed to save the Earth.  For motivation, I guess that works.  But even reading the shorter stories at the end of the book, which had him reassembling the team, I didn't really get a good understanding of why these characters are willing to work together for this goal (especially since most of the characters in the book aren't human).

So anyway, the Guardians of the Galaxy are a group of outcasts/misfits who have formed a super team together.  There is the aforementioned Peter Quill, who has a human mother and an alien-king father.  There's Gamora, the daughter of Thanos (a super villain, I think), Rocket Raccoon (an anthropomorphic raccoon), Groot (a plant monster/ent-like being), and Drax the Destroyer (I don't really have a clue what his story is.  He destroys everything?)  Quill's father, the king of Spartex, has declared Earth to be off-limits to the rest of the galaxy's denizens.  But then the Badoon people decide to attack the Earth for unknown reasons a few days later.  So it's up to the Guardians of the Galaxy to stop them.

I apologize, as my summary makes Cosmic Avengers seem rather chaotic and hard to follow.  But the main story really wasn't (I had a harder time with the short stories at the end).  I enjoyed reading it, and am looking forward to reading the second volume soon.
Posted by Shauna at 8:48 PM