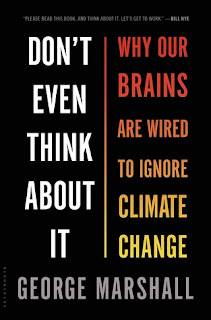 All in all, I am really glad I read Don't Even Think About It; I'll have to keep an eye out for some of Marshall's other books (Carbon Detox, I'm looking at you!)
Posted by Shauna at 7:05 PM