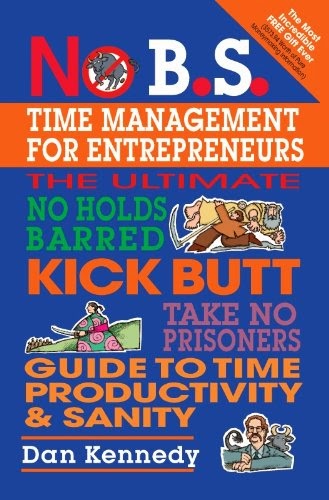 So all in all, I thought this book was okay for the time management tips, but I disliked it because of the writing.  If you're an entrepreneur who is looking for help getting to the next level, you'll probably find this book rather helpful.  But I'm sure there are other books on time management out there that aren't trying to sell you things as you read.  Unfortunately I cannot recommend anything because this is the first such book that I've read.
Posted by Shauna at 2:40 PM

According to me, goal setting guidelines for time management are the necessary criteria for our subconscious mind to accept our goals and start working for the same. At present situation, time tracking system plays a major role in planning and organizing our time and tasks.

Choosing a system that fits the way we like to manage our time, work and that will be easy to use. My choice is Replicon, a cloud-based application which is integrated with quickbooks - http://goo.gl/yGF1mm. The good part I found is it records the time and it has options like invoicing and billing.