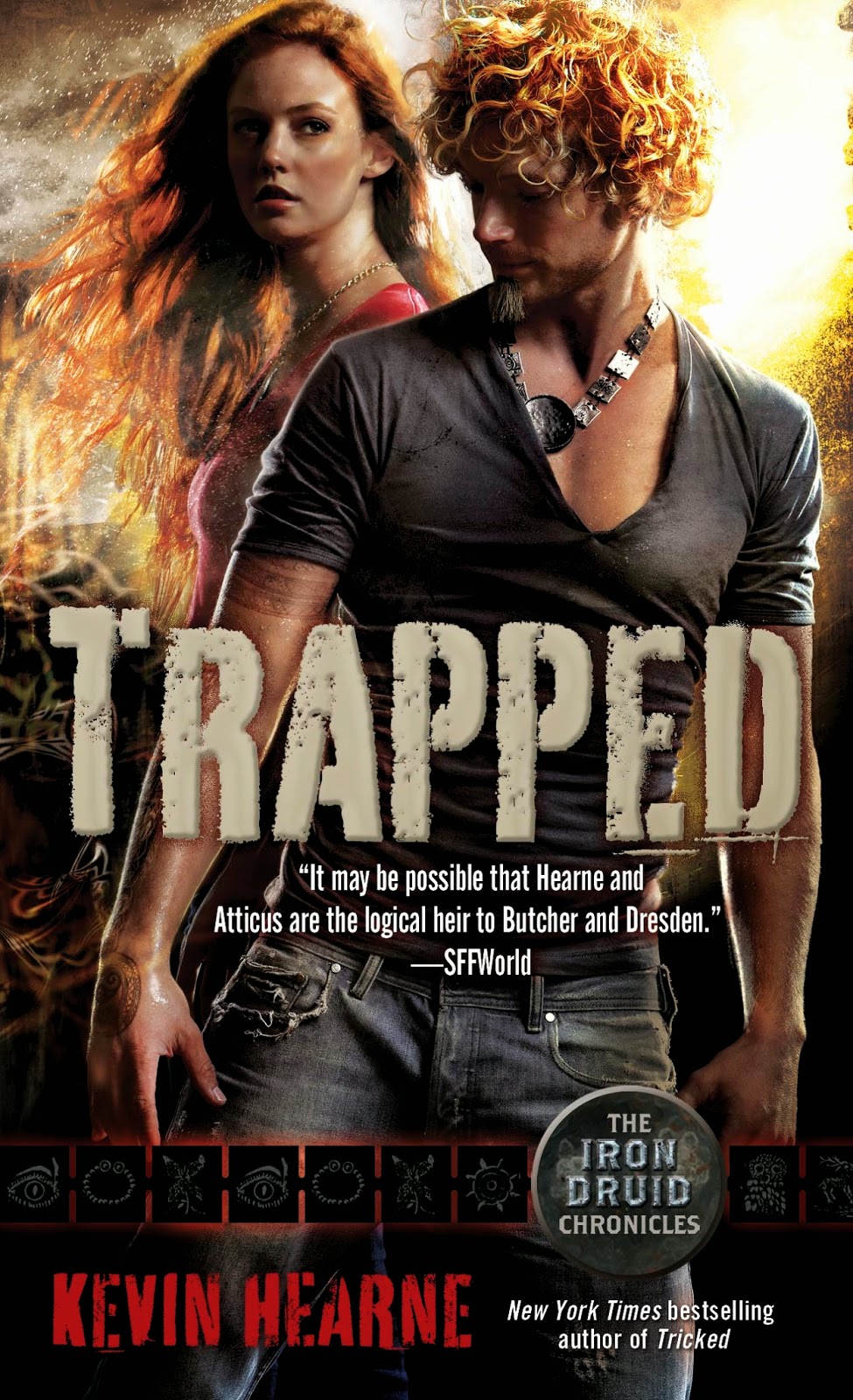 So here we are with the fifth book in Kevin Hearne's Iron Druid Chronicles, Trapped.  Trapped takes place twelve years after Tricked and about six years after those short stories ("Two Ravens and One Crow," "The Demon Barker of Wheat Street" and "The Chapel Perilous").  Most of the world believed Atticus was dead, giving him the time he needed to train Granuaile.  But train her he did. And now as they're searching for a good place to bind Granuaile to the earth, the Tuatha De Danaan have discovered that Atticus is still alive.  And unfortunately they're not the only ones.  Word has gotten out to Bacchus, the Roman god of wine, merrymaking and ritual madness.  Bacchus swore he would kill Atticus back in Hexed.  And as one of the Olympians, Bacchus is truly immortal.

Unfortunately for Atticus and Granuaile, a new druid can only be bound to the earth on the Eurasian Plate (meaning only in Europe).  And something has closed off all the routes from Tir Na nOg to Europe except one; that one exception is Greece in the vicinity of Mount Olympus. So now Atticus will have to bind his apprentice under the very noses of the Roman gods, all while the entire world realizes that he is actually still alive.

Trapped was an incredibly good read.  And with gods, vampires, and dark elves (of the Norse variety) all hunting after Atticus, Trapped really kicked things up a notch from Tricked.  The ending (particularly the epilogue) really made me excited to read book six, Hunted - I can't wait to start it (which I'm doing right now)!
Posted by Shauna at 11:37 PM