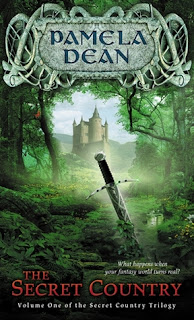 I am torn on whether or not I'd be interested in reading the other books in this trilogy. All the way through I was thinking the answer to that question would be a resounding "no," but right at the end I admit I got a bit more intrigued. It felt rather like this was when the story really started. So I guess we'll see if it was intriguing enough or not.
Posted by Shauna at 4:37 PM