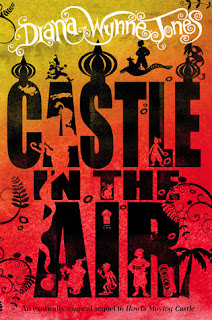 So all in all, I found Castle in the Air to be a big disappointment, which makes me very sad.  I had very high hopes for this book.  :(
Posted by Shauna at 6:34 PM