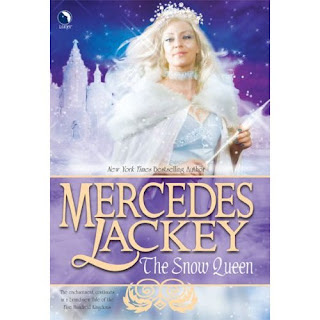 I finished Mercedes Lackey's The Snow Queen last night at about 3:30 am. I just didn't want to put it down, I enjoyed it so much! It was a really happy read, a love story, where everything turns out alright in the end (well, it IS based off of Fairy Tales....most of which turn out alright in the end). There were some parts that were really predictable (a lot of Mercedes Lackey books are like that), but others really took me by surprise. I also really liked that this was the first Tale of the Five Hundred Kingdoms that featured a different Godmother than Elena (although Elena is still in the book of course). This was an excellent read...and it makes me want to reread the actual fairy tale The Snow Queen to see how much of it Lackey used!
Posted by Shauna at 2:27 PM