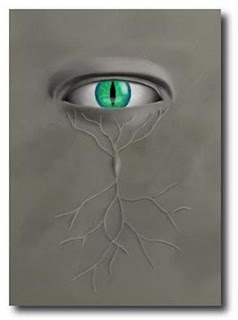 I do not remember getting Simon Funk's After Life on my Kindle. I started reading it for the simple reason that it is apparently a novella (I only say apparently because it was far longer than the other novellas I've read at about 120 pages, but it is still a novella). When I rated it on Goodreads I discovered that someone at work had recommended it to me. While I still have no memory of this whatsoever, based on the fact that it is science fiction, I now have an idea of who.

Anyway, After Life is the story of Alexander, a PhD who finds himself in a bizarre world where humans live easy lives, gaining nourishment from a fountain that spews wheat. Prior to waking up there, he had been undergoing an experimental procedure to scan a brain; the procedure was his own creation. While living in the bizarre world (which he increasingly believes is real), at night he dreams of events that happened to other versions of him. It's a really odd story that becomes more and more compelling the more you read (and start to piece together what happened at about the same speed Alex does). I don't typically read tons of science fiction, so this wasn't a familiar kind of story for me at all.

I've been reading bits of After Life over the last few days, and finally decided to power through the last 60% tonight. As I said, this is a bit of a longer novella and even though I enjoyed it, I was kind of ready for it to be over so I could start reading something else. I actually feel like I should reread After Life at some point in the future because it deserved a bit more thought than I was giving it (particularly since I've found myself rather tired over the last few nights and not able to concentrate on it super well). Of course, any reread won't be happening for a long while because I have many other books/stories I'll need to get through first!
Posted by Shauna at 2:07 AM